More than 6,300 Jewish men were taken to Sachsenhausen concentration camp after the November pogroms in 1938. The great majority of them were released a few weeks later on the condition that they leave Germany immediately. Most of them, therefore, survived. How were the lives of these families affected by the forced emigration? What was waiting for them in the countries where they took refuge? Did they find a new home? The exhibition catalogue looks at these questions from the perspective of the children and grandchildren of the imprisoned men. Exhibition and accompanying book tell the story with the example of nine individual life stories. The families who contributed to the exhibition with photos and documents, and were willing to speak on camera about their memories are living in the USA, the UK, Canada, Israel, Argentina and Australia today. 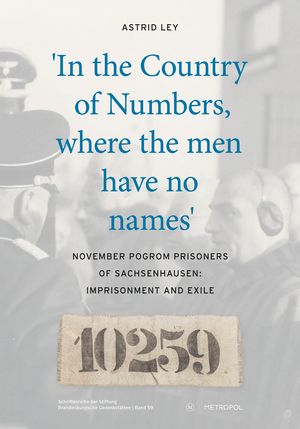