Sachsenhausen, the “concentration camp near the Reich capital city”, was built in the summer of 1936 at great cost to its inmates, while at exactly the same time, only a few kilometres away, hundreds of thousands of people were cheering Hitler at the Olympic Games.

Sachsenhausen was described by “Reichsführer SS” Heinrich Himmler as “a completely new concentration camp for the modern age, which can be extended at any time”. Just eight kilometres from the gates of Berlin, this was the first large, purpose-built concentration camp complex. Planned in every detail by an SS architect, it served at the same time as a model camp and an SS training centre.

This book traces the development of the camp up to the departure of its first commandant in the summer of 1937. It includes not only crucial documents and plans, but also nearly 100 photos of this initial construction phase. 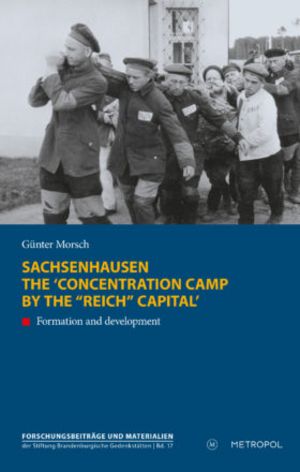