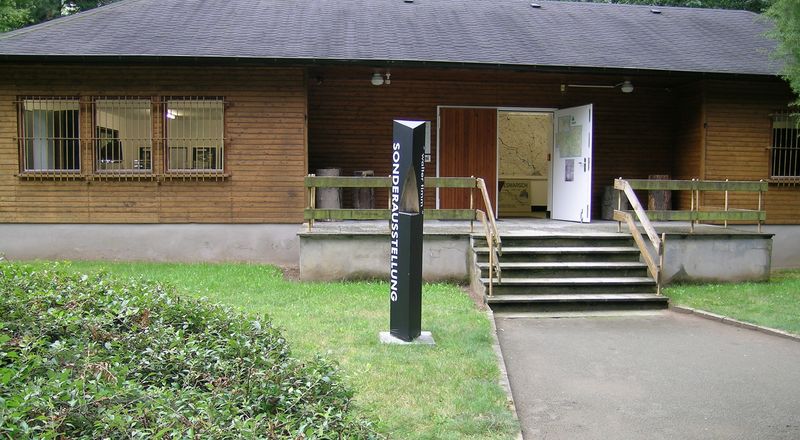 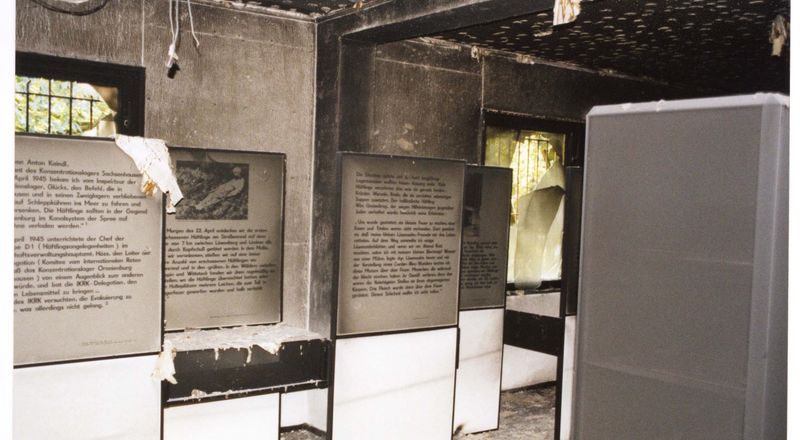 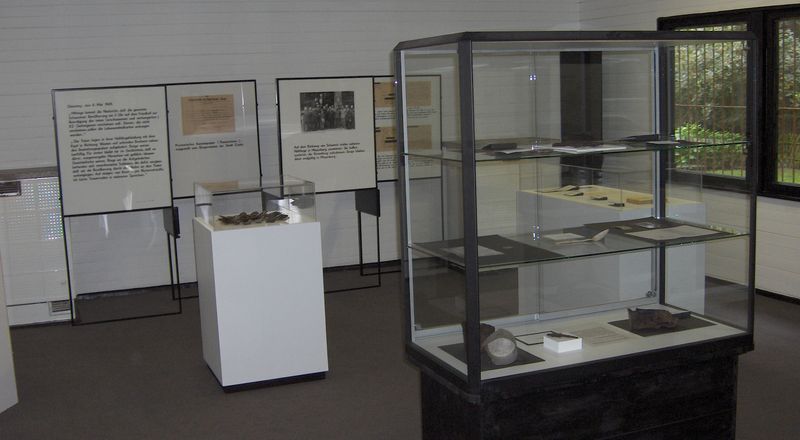 Museum of the Death March

In 1981 a small museum was inaugurated opposite the historic site in the forest. Unfortunately, the by then heavily dilapidated shepherd’s hut that had housed the SS officers in 1945 had to be completely demolished to make way for the new building. From its opening, the Museum of the Death March was an external site of the Sachsenhausen National Memorial. The content and design of the museum conformed to the doctrine of anti-fascism that was prevalent in East Germany. As well as documents and eye-witness testimonies relating to the Death March there were general statements relating to political issues of the day. Commemorative events were held regularly in Below Forest, including the ritualised events well-known to have taken place at all East German memorials for initiation into social organisations.

The Death March Museum remained an external site of the Sachsenhausen Memorial and Museum after German Reunification and in 1993 became part of the Brandenburg Memorials Foundation. In 1992 a commission of experts on the redesign of the Brandenburg memorials had recommended redesigning the museum, but to begin with only the existing exhibition was overhauled. In the early 1990s some 4,000 finds had been recovered from what had been the site of the inmates’ camp in the forest, and plaster casts were made of some of the traces on the trees, which were becoming ever fainter.

In the night from 5 to 6 September 2002, a fire attack by neo-Nazis completely destroyed one of the exhibition rooms in the Museum of the Death March. It was only quick intervention by the site security that prevented worse from happening. Fortunately, no originals were destroyed. The memorial was also smeared with Nazi symbols and anti-Semitic slogans.

The attack was one of a series of far-right anti-Semitic acts committed against memorials to victims of the Nazis. The perpetrators have unfortunately never been found. The attack led to various protest and solidarity events and to the forming of a Friends association. The Death March Memorial has since then been a member of ‘Wittstock bekennt Farbe’ (Wittstock Shows its Colours),  the Wittstock alliance against far right extremism. The exhibition room that was destroyed was provisionally refurbished with the assistance of various groups from the region. The fire attack reinforced the need for the Death March Museum to be redesigned.