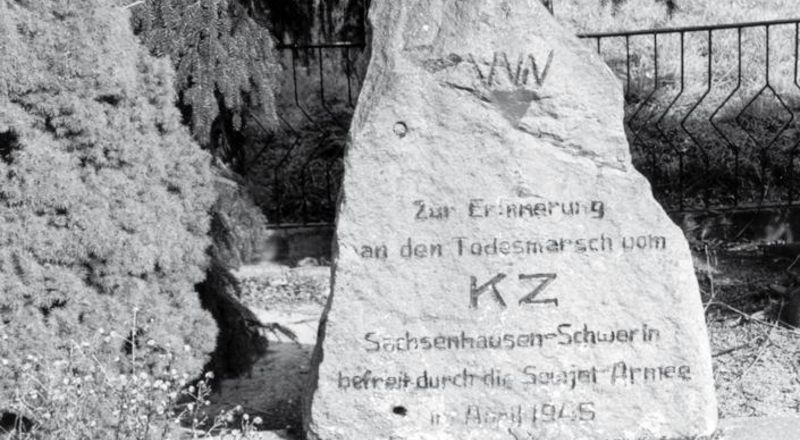 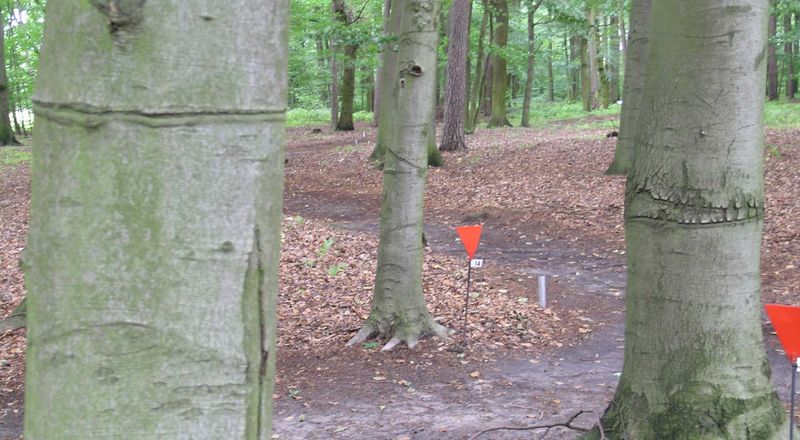 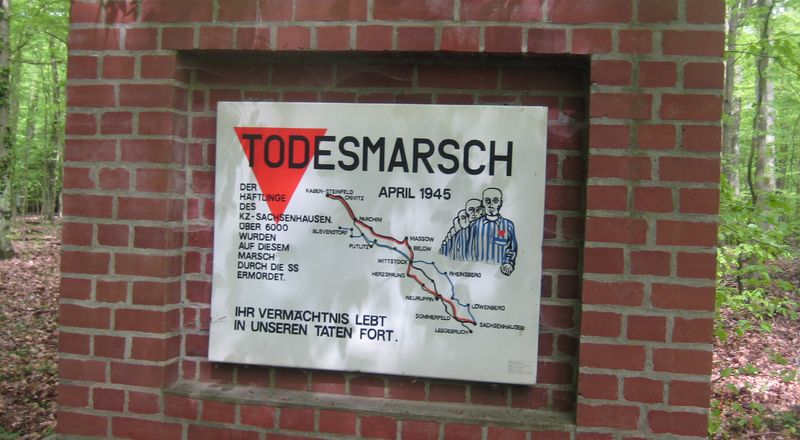 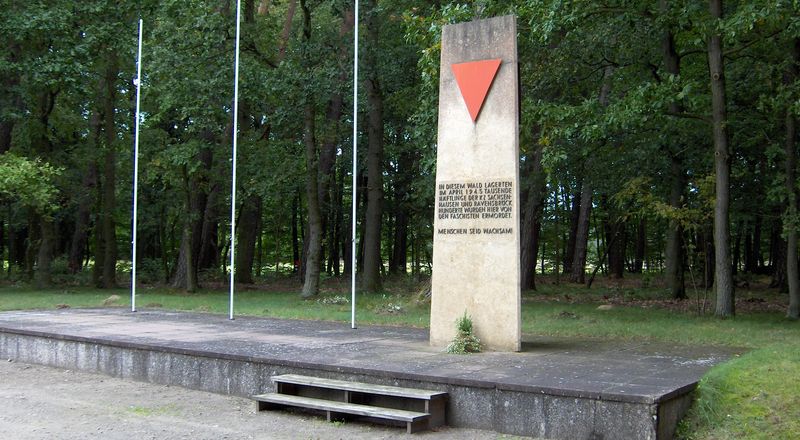 Already in 1945 a commemorative stone was erected in the nearby cemetery in Grabow for 132 concentration camp inmates who died in Below Forest. The first commemorative stone at the historic site of the forest camp followed in 1965. Ten years later, the memorial site that still stands today was inaugurated. Since 1976 120 identical commemorative tablets have marked the routes of the Death March between Oranienburg and Schwerin.

Immediately after the liberation, work was begun at the instigation of former inmates to find the burial sites of Death March victims and reburying some of them. Already in 1945 a commemorative stone was erected in the cemetery in Grabow near Below for 132 victims who died in Below Forest and are buried there. In 1950 the Association of Victims of the Nazi Regime placed boulders as commemorative stones in 25 localities in Mecklenburg. Then in 1976 120 identical enamel tablets were erected along the routes of the Death March, a unique marking of the route that is still in place today.

Rediscovery of the historical site

The first commemorative stone was not erected in Below Forest itself until 1965. The memorial site that stands there now dates from 1975. In the form of a stele on a triangular base with red terracotta triangles on each of the three sides, its reference to the obelisk in Sachsenhausen is clear. The memorial also includes part of the road and, on the other side of the road, a flag square for the flags of the 18 countries from which the inmates came and a paved “roll call square” for events. At the same time as the memorial site was being built, that section of the forest was made into a commemorative grove, in which the trees bearing traces were marked with red triangles.