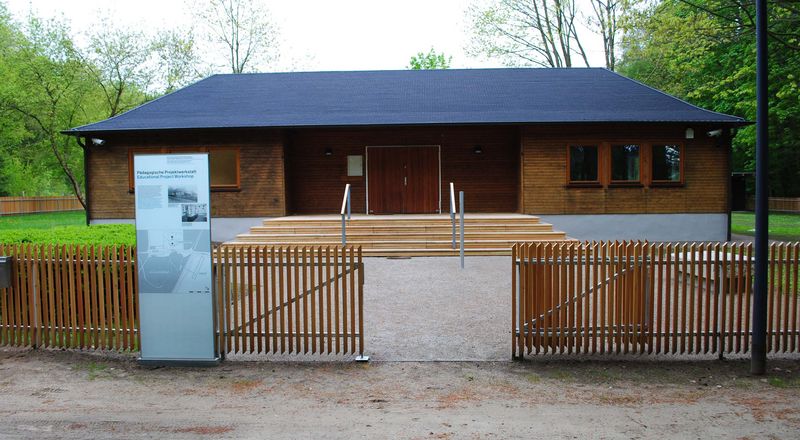 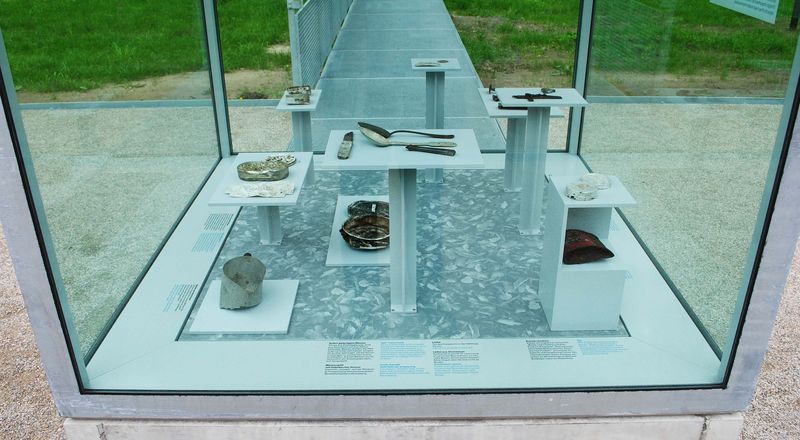 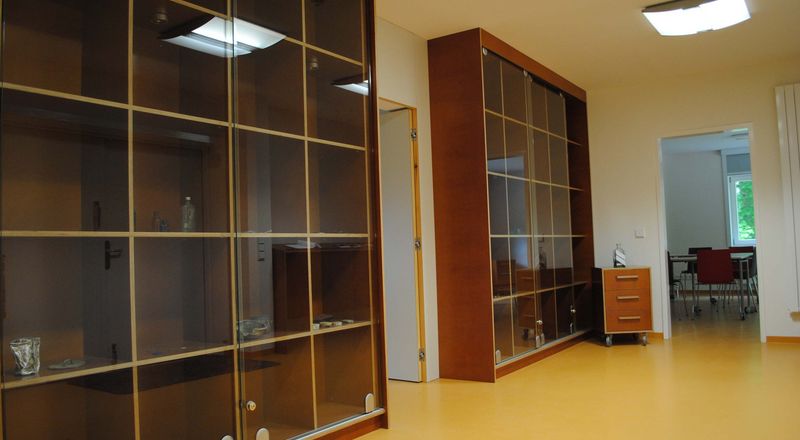 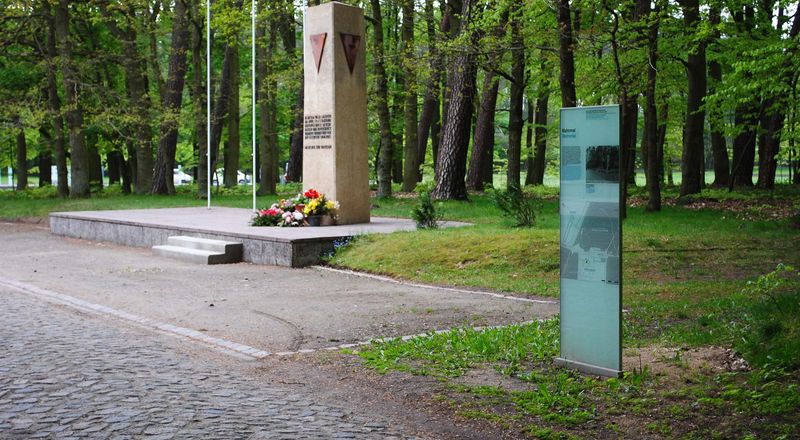 since 2010 – Death March Memorial in Below Forest

The Death March Memorial in Below Forest was reopened in April 2010, following an extensive redesign, for the 65th anniversary of the Liberation. Next to the historic site in the forest, in a field in Mecklenburg-Western Pomerania, there is now an open-air exhibition. The idea underlying the redesign by Berlin architect Martin Bennis and the Stuttgart graphic art firm Weidner Händle Atelier is the clear separation of the four distinct areas of the Memorial  - the memorial site, the historic site in the forest, the educational project workshop and the open-air exhibition. In the exhibition design, these four areas were provided with glass steles which as well as serving as orientation also provided information on the history of the site. The 1975 memorial site was retained unaltered.

The open-air museum immediately next to the historic site in the forest has information on glass steles comprising text, photos, documents, drawings and a great many eye-witness testimonies dealing with the clearance of Sachsenhausen concentration camp, the Death March, the camp in Below Forest and the Liberation. There is also a climate-controlled glass case containing finds recovered from Below Forest. The exhibition is connected to the historic site of the forest camp by a walkway.

Historic site in the forest

The area of forest in which the concentration camp inmates had to make camp is the main part of the Memorial. It has been laid out with great restraint so that the poignant traces in the trees are not pushed into the background by any subsequent reshaping. The marking of the trees with red triangles which was done in the 1970s and 1980s as part of the memorial site in the GDR era was left intact. So was the path that was laid out in the 1990s and leads through the forest to some of the most interesting trees. Next to seven of the trees representing the various kinds of traces, thin glass steles have been placed with explanations and photos of, for instance, the plaster casts, to help visitors to read the traces some of which, after so much time, can no longer be made out.

The former museum building has been converted into an educational project workshop. The workshop has group rooms that can be partitioned off, furniture that can be arranged in a variety of ways, material cases on roller wheels which can also have display objects placed in them, a changeable showcase wall for displaying project results, laptops for participants to work on and a mobile demo desk for presenting work results.